History of Halloween. How it all began. 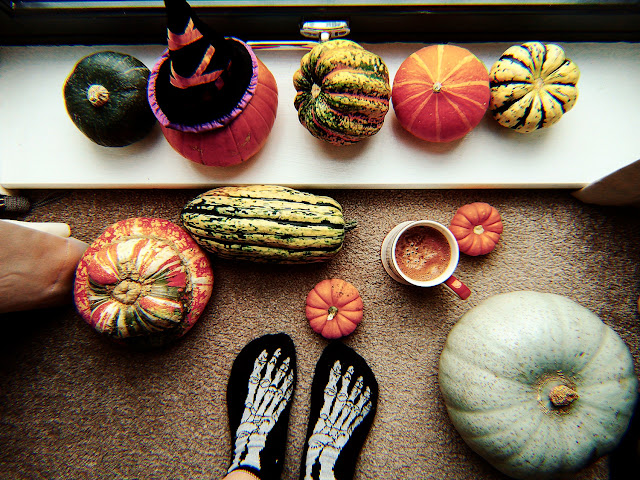 Have you ever wondered when Halloween was created and how it looked like back in a day?
WHEN IT ALL STARTED? 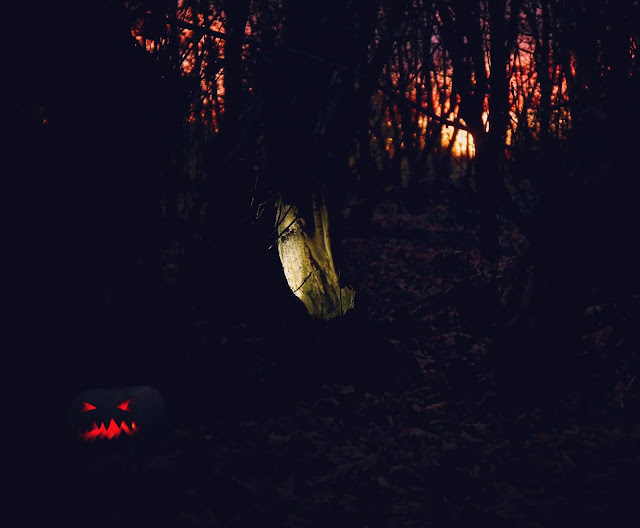 Halloween celebration date back to Celts. They lived from around 750 BC to 12 BC in Europe. On the 31st of October, after the sunset, they celebrated the Festival of Samhain (Summer's end). It was the last day of the Celtic Year. Celts believed that on that night spirits came back from the dead.
'HALLOWEEN' NAME ORIGIN 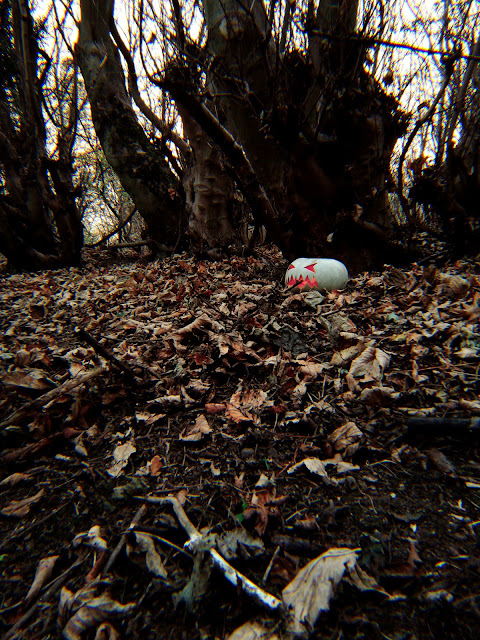 Around the 8th century, Church wanted to Christianize Summer's End celebrations, therefore Pope announced that the 1st day of November will be recognized as the Festival of All Saints. Folks started to celebrate both days and Samhain was colloquially named All Hallows' Eve (which later merged into shorter Halloween).
HALLOWEEN TRADITIONS
LITING BONFIRES
Celts lit bonfires (usually on nearby hills) and Druids (Celtic Priests) made predictions for the future. Bonfires were believed to be sacred and after the celebrations, people used the fire to lit their own household fires. 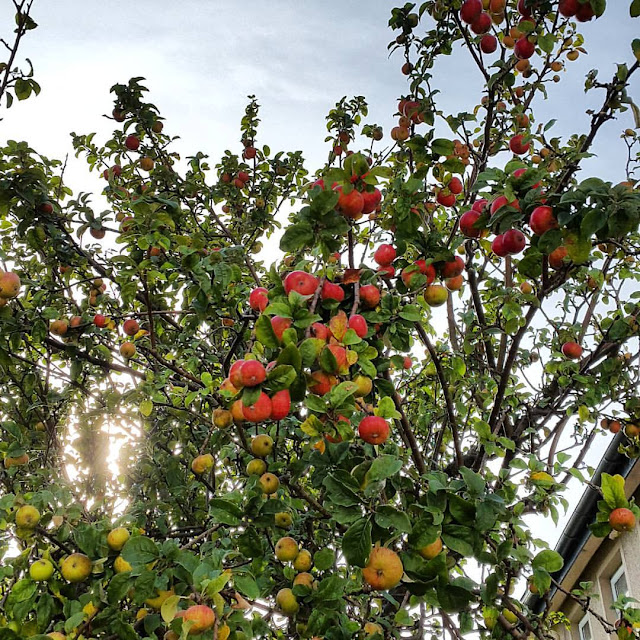 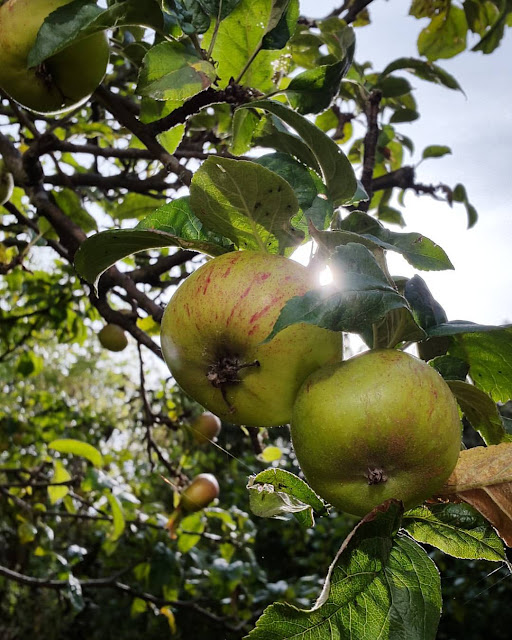 Games involving apples were always very popular in Cornwall. 'Allantide' is a festival celebrated during Halloween in Cornwall. The name comes from Saint Allan (a bishop that lived in the sixth century). 'Allantide' traditions involved putting fruits under your pillow and dreaming about future husbands and giving others large, polished apples.
Romans celebrated apple trees and believed they're a representation of goddess Pomona. They brought more traditions involving apples to Britain. For example, games like catching apples hoovering on a string above your head using only teeth and biting apples floating on the water in a basin (apple bobbing).
CARVING PUMPKINS/ JACK-O'-LANTERN 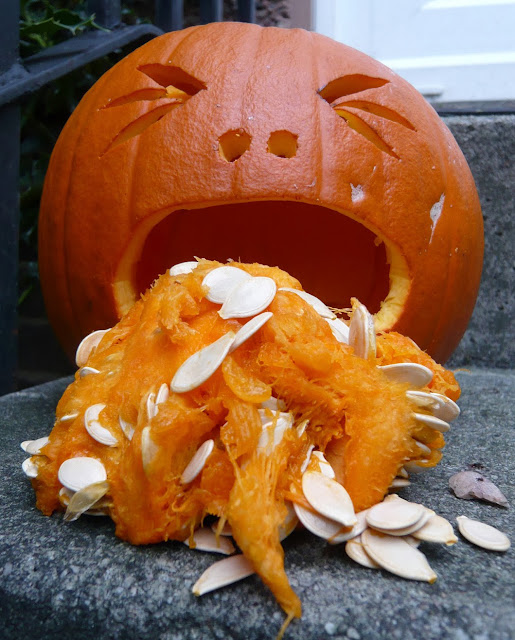 I made a separate post on that: Origins of Jack-o'-Lantern- the legend of Stingy Jack and will-o'-the-wisp phenomenon. 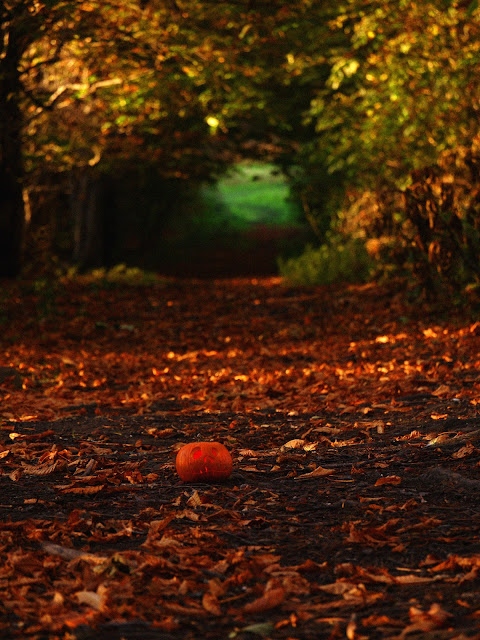 In the nutshell...
According to legends, there once lived a man named Stingy Jack who tricked the devil so many times, that after his death the devil left him on earth at night with nothing but single burning coal to light his path. Jack put the coal into a turnip lantern and continued to roam in the dark. That's how the Jack-o'-Lantern legend was born. Click here to learn more about the legend and spelling of the name.


TRICK or TREATING, GUISING, and SOULING


SOULING
n the Middle Ages, beggars (often children) offered prayers for souls trapped in purgatory in exchange for food. The practice was called 'souling' and involved going from door to door (just like the modern-day trick-or-treating). Beggars were often given so-called 'soul cakes': small, round cakes spiced with ginger, nutmeg, and cinnamon (often with added raisins). It was probably a cross between today's gingerbread and a Madeira cake.
GUISING
Guising is an old custom (a form of 16th-century trick or treating) that was observed in Scotland and Ireland. It involved going from home to home and collecting treats (nuts, apples) or money. Guisers' faces were disguised (hence the name) to save them from evil spirits walking among them on earth on Halloween evening. Disguises varied from mask to smudges made with bonfire ashes.
'MISCHIEF NIGHT' and MODERN DAY TRICK OR TREATING
Mischief Night is a night before Halloween. It has its origins in British Folklore. In some areas, it was celebrated during May Day, and in others, it was carried out the night before Guy Hawke's Day. It was a night reserved for playing pranks on each other.
In the US, during the '20s and '30s of the twentieth century, pranks often went out of hand and the name 'Mischief Night' became a popular phrase describing acts of vandalism committed by adolescent boys during nights of 30th and 31th of October. It became such a big nuisance during the Great Depression era, that adults were in favor of scrapping Halloween altogether. Common practices involved setting fires, throwing stones into the windows, and letting the livestock out of the barns. To tame those destructive behaviors, adults came up with the idea of Halloween parties & games. 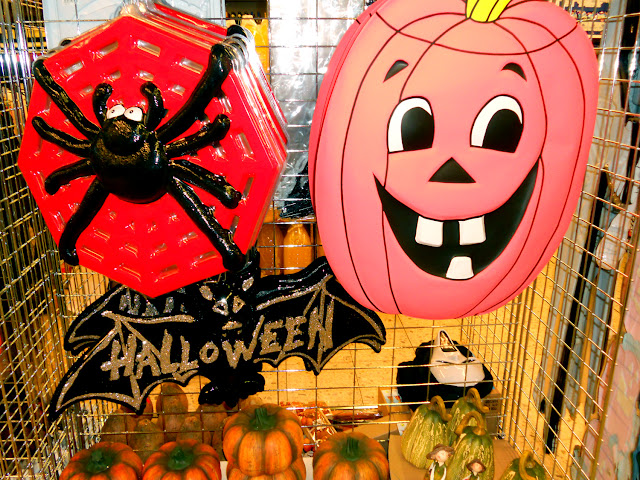 Novelty companies jumped on the bandwagon with their masks and costumes and later on when World War II sugar sanctions were lifted off, giving kids candy as a pay off became a worldwide known custom and trick-or-treating as we know it was born.
Halloween customs from around the world
--Mexico & Latin America--
Halloween is known as "Día de Los Muertos" (Day of the Dead). Traditions involve, tidying up and decorating graves, praying for departed souls, eating together, and offering food to dead relatives. Other activities include colorful parades and gatherings with disguises, painted faces and masks (usually skeleton themed).
--Chinese and Buddhist customs --
Halloween-like celebrations are held in August. The Holiday is called Ghost Festival (or Hungry Ghost Festival). Common practices include burning joss paper and incense, offering food for the dead. Also, praying, liting, and setting afloat lotus lanterns.

Dziady (Forefathers) was a Slavic festival that celebrated the living and the dead. Celebrations included: leaving food for the dead, organizing bonfires, carving wooding masks ('kraboszki') that symbolized the dead. It was believed that the souls of the forefathers join the celebrations after dark.
--Isle of Man--
Hop-tu-Naa is celebrated on Isle of Man since Celtic times. Traditions were similar to other regions: carving turnip lanterns, feasting, leaving food for the faires, trying to predict fortune, and dancing. Traditional Hop-tu-Naa dance is still taught to this day at schools around Halloween time.
Anoka- Halloween Capital of the world. 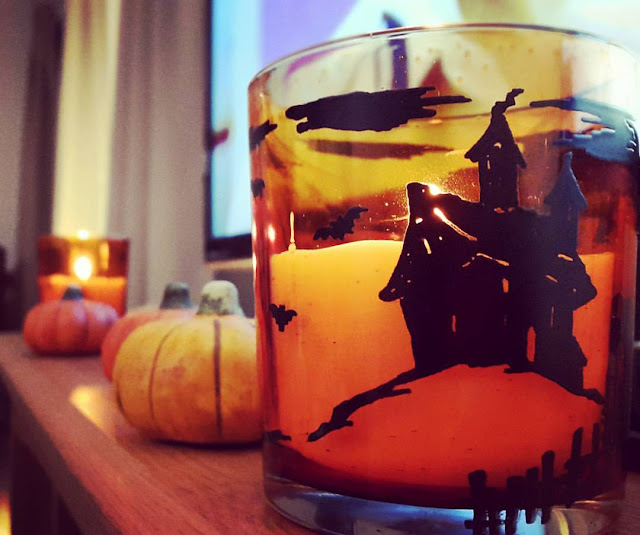